What Our Patients are Saying

“I originally began being seen at Olson Acupuncture Group in the hope that through acupuncture treatments I might gain some relief from a “leaky” bladder. I’m 48 years old and am way too young to have surgery for such an issue and I wanted to avoid medication. I was waking up in the mornings and urine would spontaneously leak from my bladder. Combined with severe urges to urinate, the problem was significant. Well, the result has been amazing! I no longer have my leaky bladder, and my overall bladder function has significantly improved! I couldn’t be more pleased. Amy’s intuitive and knowledgeable techniques are the perfect combination for healing. My body feels like my own again! Thank you, Amy, for answering this great call for your profession and dare I say, ministry.” 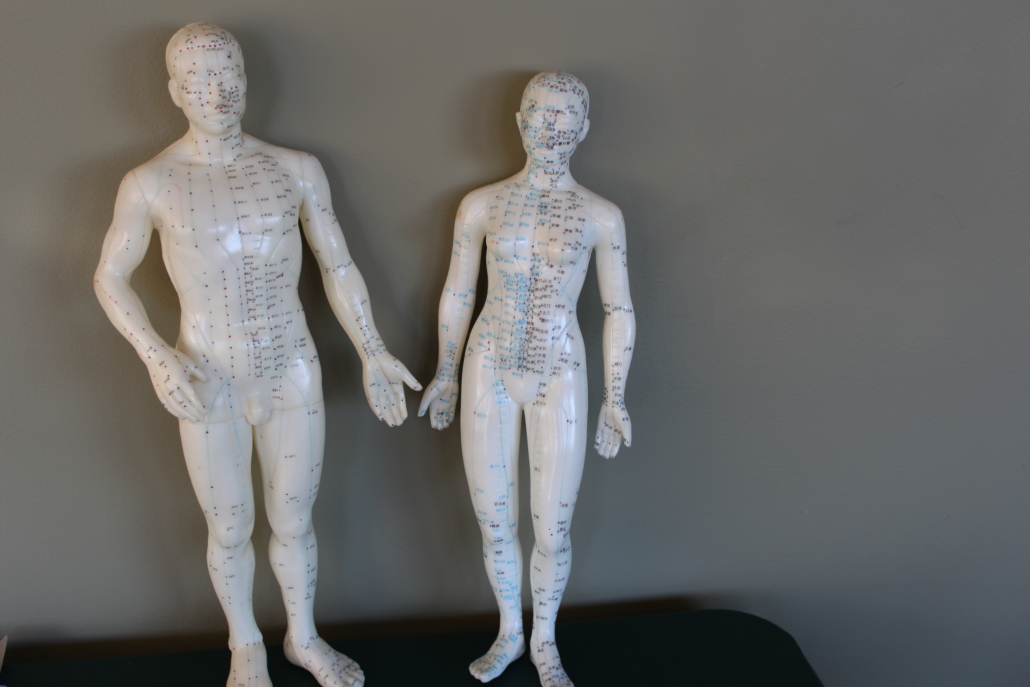 Better concentration, less anxiety and an overall feeling of wellness.

“When I retired eight months ago, I thought my insomnia and anxiety would retire with me. Needless to say, it didn’t and I was very discouraged. I started seeing you for Nutrition Response Testing™ about two months ago and am taking the supplements. I am now sleeping 8-9 hours a night with very few bouts of waking up. And when I do, I usually fall back asleep, which never happened. I don’t have the anxiety anymore of looking at my bed as the enemy. And with good sleep, other things have improved – better concentration, less anxiety and an overall feeling of wellness.” 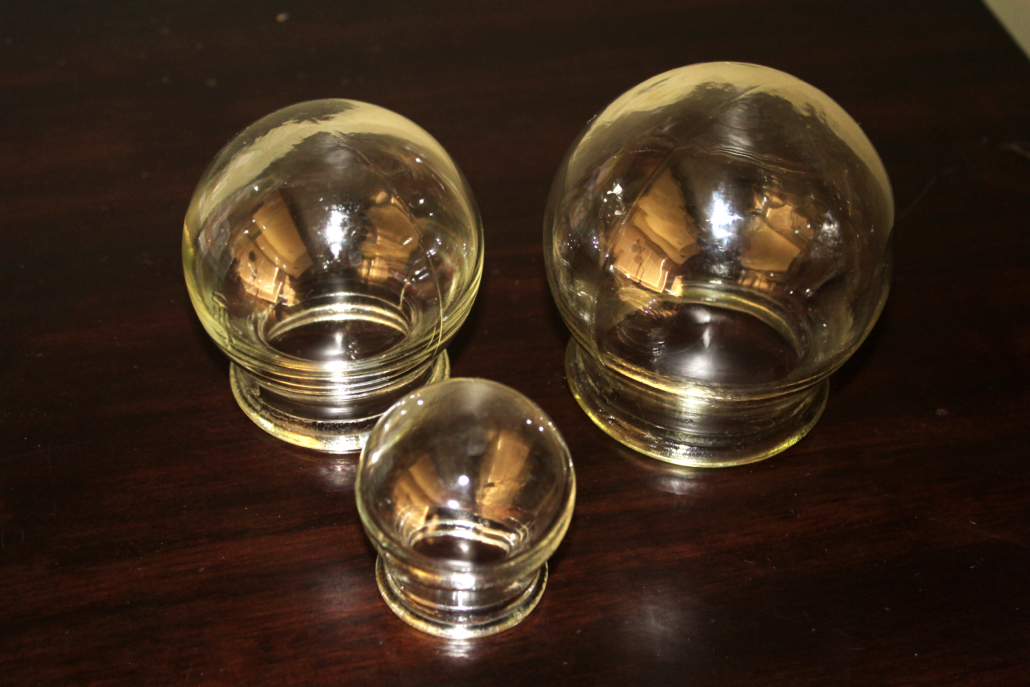 I wish I had known about this years ago.

“My daughter introduced me to Nutrition Response Testing™ a year and a half ago. Amy tested me and was able to evaluate many areas of my body that needed support. I’ve had a chronic low back problem for seven years and constant bloating. With the back pain, I had many steroid injections plus pain pills and was not satisfied with the results. I was started on Standard Process natural supplements and was feeling better within a couple of months. I have been on the program for a little over a year and I’ve been feeling good. My back pain is under control, I have lost 18 pounds, and the bloating is gone. When I moved to Florida for six months Amy was even able to find an NRT™ practitioner in my area so I could continue treatment. I truly believe in the NRT™ program. I wish I had known about this years ago.” 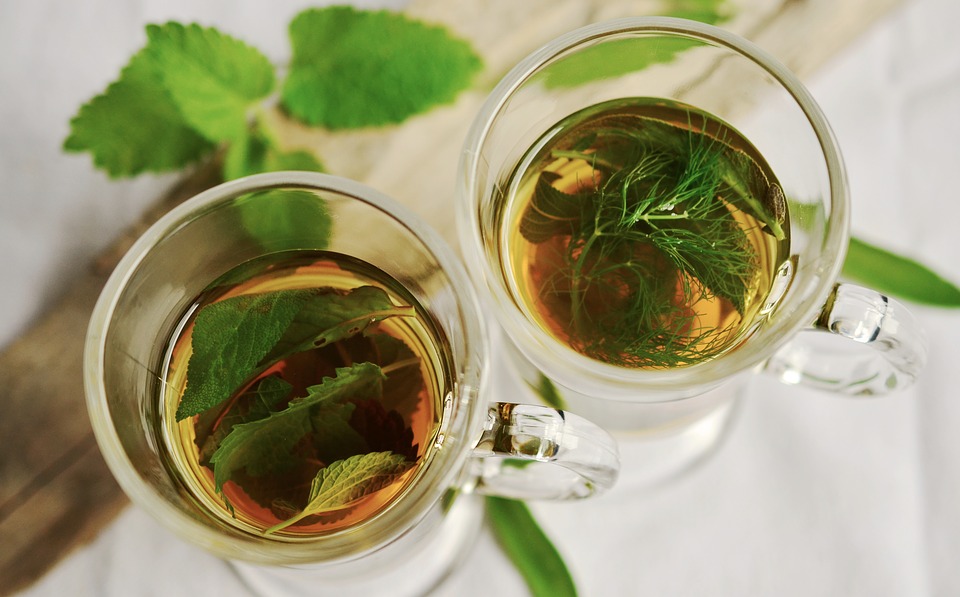 Olson Acupuncture Group has given me an overall sense of balance, health and wellbeing.

“My body is always in motion – walking, yoga, gardening, landscaping and paddle boarding. When a debilitating injury to my arm/shoulder/neck made it hard to do any of my favorite things because of the pain, I decided to seek acupuncture treatment. After several acupuncture treatments, the pain is almost gone and I can resume all of my activities. I have also been treated for hot flashes and headaches. Treatments have been successful, reducing both to almost non-existent. In addition, my sleep is improving and I am committed to making even healthier food choices for both my husband and myself. Olson Acupuncture Group has given me an overall sense of balance, health and wellbeing.” 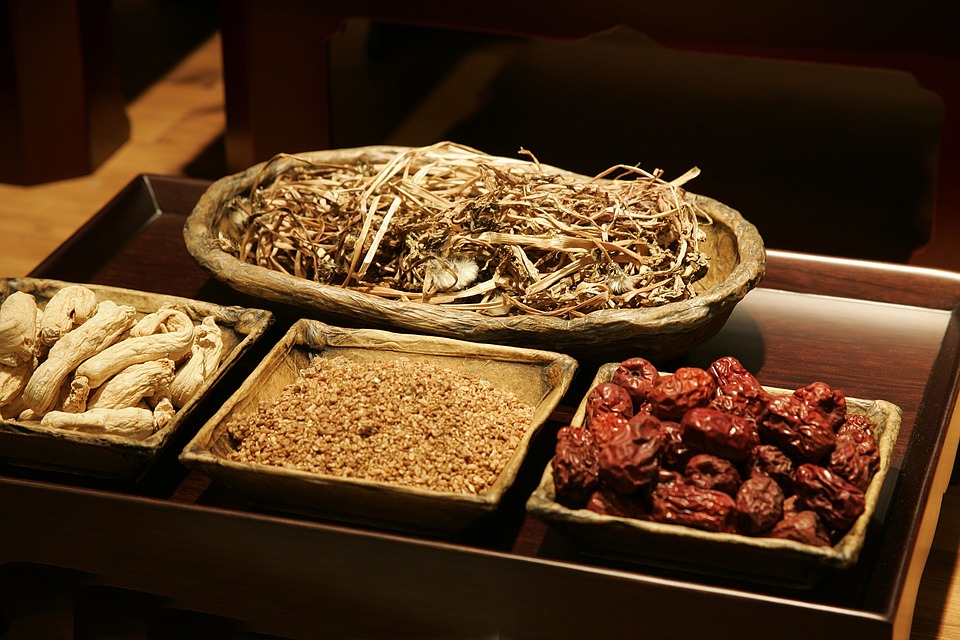 “When I started Nutrition Response Testing™ I weighed 195 lbs. and my A1C was in diabetic range at 6.9. After diligently following the dietary recommendations and taking the supplements my body needed to heal, within a 2-month period, I had lost 17 lbs. and my last A1C was 5.6 – in Normal range!” 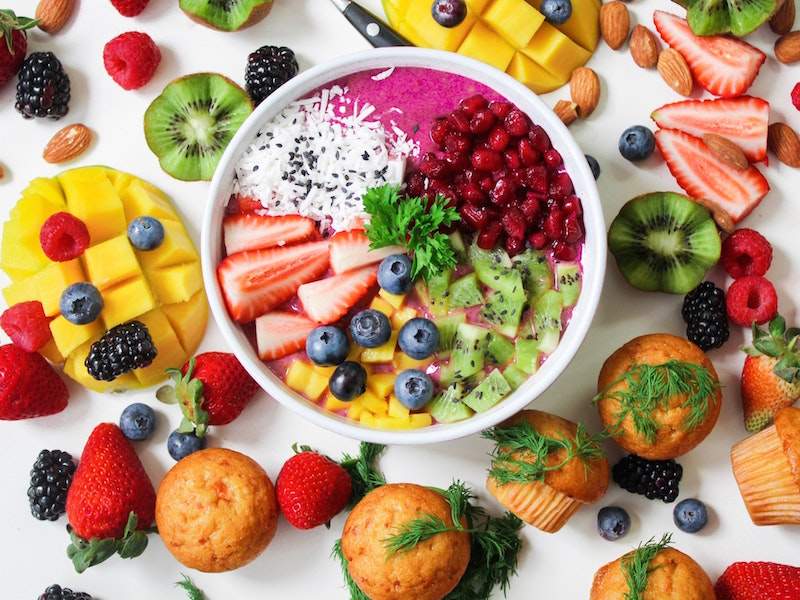 Without it, I sincerely doubt that I would be as healthy and happy as I am now.

“When I started Nutrition Response Testing™ about a year and a half ago, I was skeptical. I did not think that it would help me get more energy. It was the summer between fifth and sixth grades, and I said about as many words in a year as most kids say in two weeks. This was not a new thing, either. I had always been a shy, quiet kid, but over the course of several years, I started to say less and less. I didn’t have the energy for it. I was tired all the time, and had a headache nearly every day after school. When I began NRT™ and started on my first set of daily pills, I started to say more. Around four months later, I was more active, and wearing colors that weren’t black or dark gray. When I am around people that haven’t seen me in a while, they always remark on how talkative I am. And I am not a talkative kid. I credit all of these remarkable improvements to NRT™. Without it, I sincerely doubt that I would be as healthy and happy as I am now. NRT™ has changed not only my life for the better, but also my family. I think that it was one of the best choices my family has ever made.” – A 13-year old patient 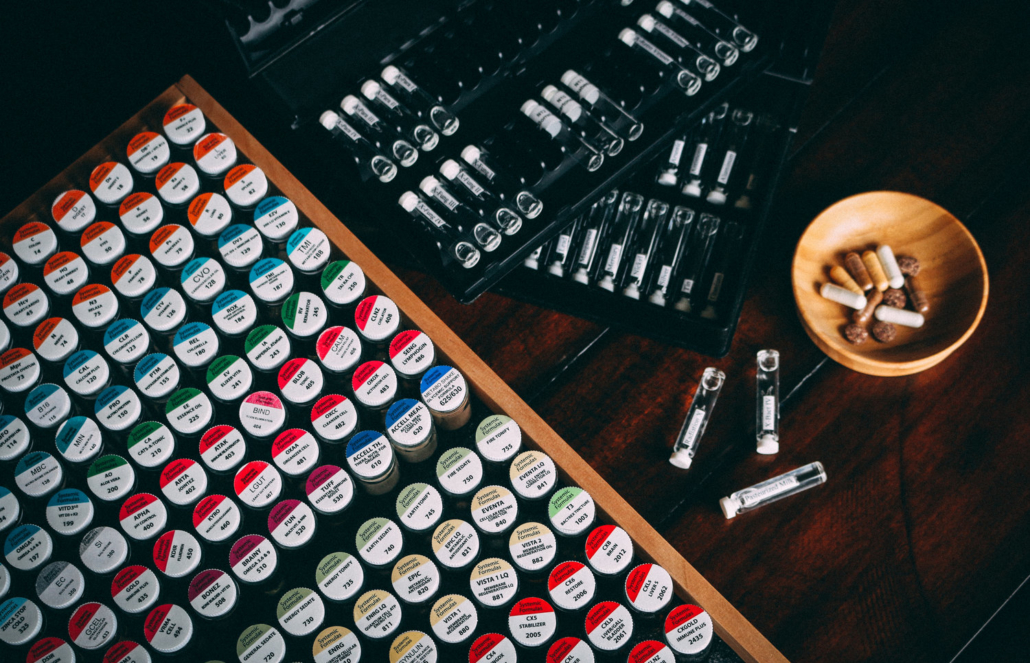 No snake oil here, – it works.

“I had my first attack of severe bilateral breast pain in May 2013 at age 51. After many tests and doctor visits it was determined that my hormones were causing the pain. I wanted to learn more about this condition before starting on a new medication, so I researched and learned that excess estrogen needs to pass through the liver like everything else that gets detoxified, and if your liver is sluggish, the estrogen gets “backed up” and sometimes you end up with more of it in your bloodstream, which can cause breast pain among other things. The natural solution? Get the liver working better, and move things quickly through the digestive track (so the estrogen cannot be reabsorbed there). Who are the experts on liver stagnation? Natural Chinese Medicine practitioners! So, I visited Olson Acupuncture Group. The results were immediate. No more breast pain and no more PMS symptoms of any kind. Breast symptoms stopped after the first two treatments and have not returned. My final attack of severe bilateral breast pain was in February 2014 at age 52. No snake oil here, – it works.” 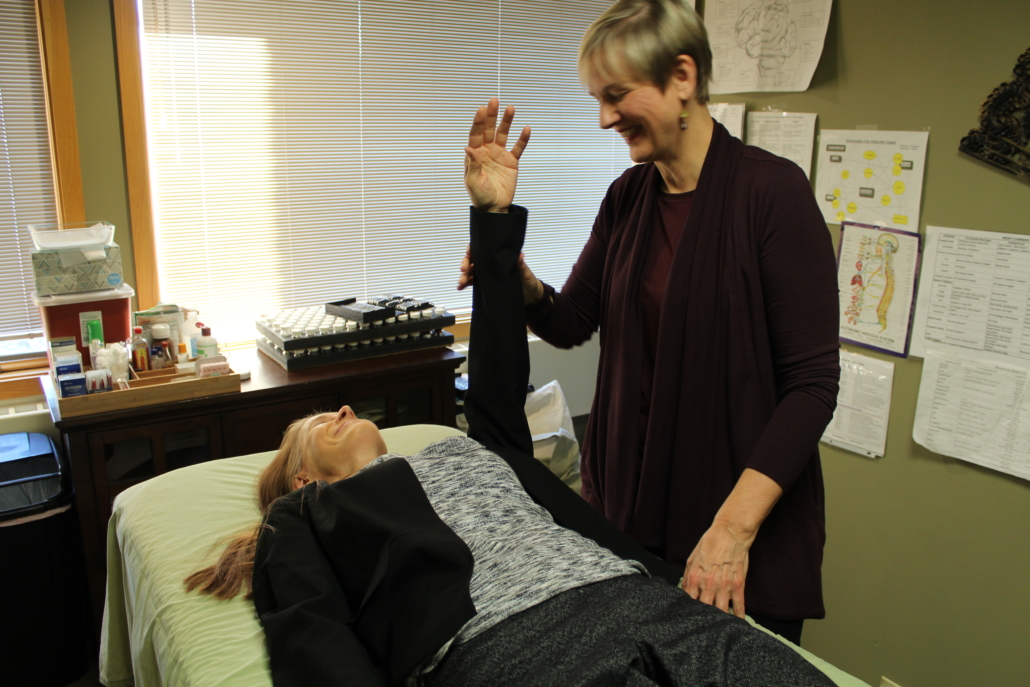 I would recommend acupuncture with Amy to anyone.

“I was nine years old when I first went to Amy’s for acupuncture. I was suffering with lymes disease which often gave me headaches and body aches. I was also suffering from anxiety which lead me to having insomnia. I came into her office scared about the idea of acupuncture, but Amy welcomed me with caring arms, and we slowly progressed my treatment with what I was comfortable with; starting with only a couple needles and then working up to how many I needed to feel my best. Amy was very nurturing, which made me feel very comfortable getting acupuncture being so young. The acupuncture also helped a ton, my head and body aches decreased immensely and my anxiety and insomnia went away. I would recommend acupuncture with Amy to any age as she is very knowledgeable about the body and knows how to work with all ages to make sure that her clients feel comfortable and get better.” 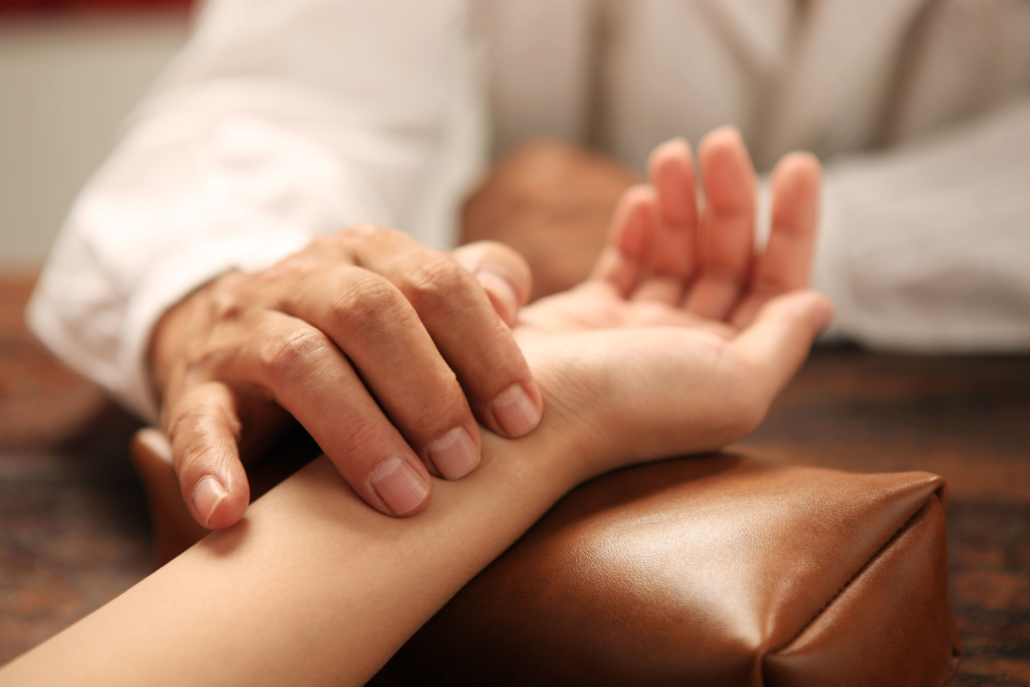 It really is amazing, I only wish I had seen Amy years ago.

I have suffered with constant sinus issues for many years, ranging from flat out congestion to raging infections. I have rarely enjoyed clear, obstruction free sinus cavities and have been miserable most of the time. Along with the congestion I have not been able to smell anything. Since my sense of smell was non-existent, I couldn’t taste food either. I have tried Pseudoephedrine, Nasal Sprays, Neti Pots, antibiotics, supplements, the works. Nothing worked for any length of time. At the urging of my wife I visited Olson Acupuncture Group. The result of my first visit and treatment has resulted in obstruction free sinuses! This is a miracle! I have not taken any medication for over a week and have even regained my sense of smell. Thank you so much Amy Olson for the amazing care and thank you for clear sinuses! It really is amazing, I only wish I had seen Amy years ago. 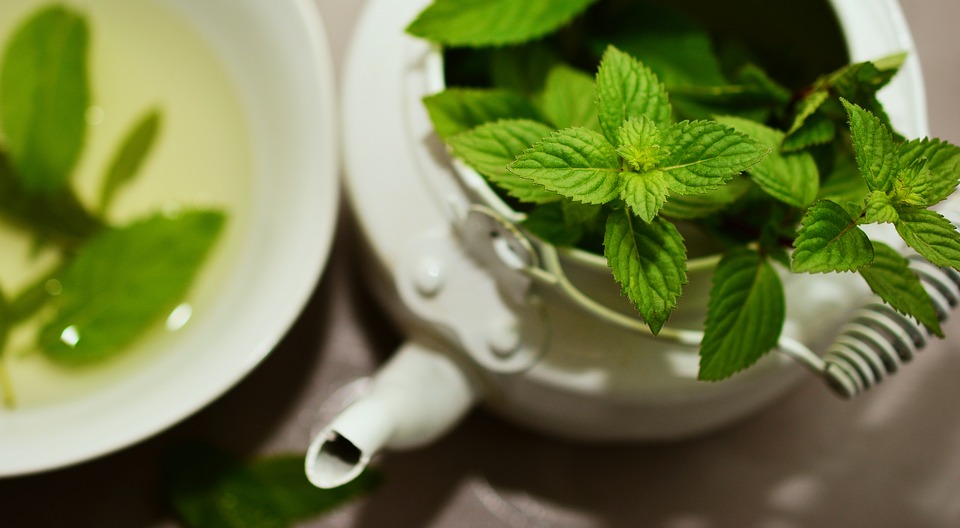